For the Genre Confused: Cozy Catastrophe


My manuscript doesn't know where to sit in the cafeteria.  It knows it goes to science fiction and fantasy high school, but should it sit with the swooning girls at the paranormal romance table, the dark, serious kids at the dystopian table, or the nerds at science fiction table?  It was even once told to leave the urban fantasy table by those snarky, city kids, because it's not set in the "real word".  Based on the definitions I've read, a city similar to a real modern city still counts!  But I don't want to fight with urban fantasy kids.  They are tough.

After a lot of research, I've determined that my manuscript can call itself low fantasy and no one will tell it has to move.  But my manuscript has a secret hope that it will discover a lesser known genre or at least a few comp buddies that it fits in with perfectly.  In my search for lesser known genres, I will share my findings in my post series, "For the Genre Confused." 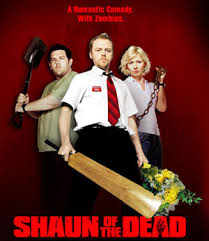 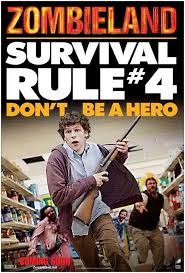 ﻿
Yes.  That is a thing.  Adapted from the cozy mystery genre, a cozy catastrophe is an upbeat dystopian novel.  R.E.M. defines the genre by saying, "It's the end of the world as I know it and I feel fine."

The term was coined by British author Brian Aldiss shortly after WWII, and the term continues to show up most frequently on British websites.  Like a cozy mystery, cozy catastrophe downplays the violence and death and highlights the characters who survive the apocalypse and end up building a better world than the one that was destroyed.

Jo Walton says that cozy catastrophe is formulaic and the books that made the genre popular in 1950s Britain were usually about how everyone from the working class has dies and the middle class survives and creates a better world through technology.  Formulaic is the nicest thing you can say about that storyline.  It sounds like the premise appeals to people who really would prefer it if all the poor people died, but feel more comfortable with a catastrophe that conveniently commits the genocide for them.

However, as you can see from my examples in the photos above a loose definition of cozy catastrophe can include books and film which portray the apocalypse in a light-hearted, or hilarious, manner.  This type of cozy catastrophe is promising.  The media is so saturated with dark apocalypse scenarios.  Yes, yes, the world is going to end violently any minute...we get it.  I see no reason why we couldn't put a little more hope and fun into catastrophe.