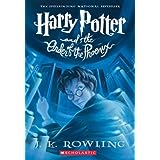 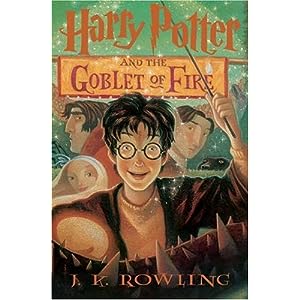 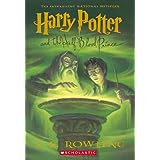 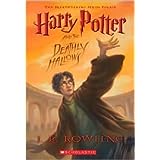 The Harry Potter series of novels are collectively my favorite book.  That may not make me unique, but it doesn't bother me.  The Harry Potter series caught the attention of the entire world for a reason.  And their overwhelming success makes me thinks that J.K. Rowling might really be magical.  To celebrate the release of the last movie, I'd like to honor Harry Potter by sharing my top 7 (for obvious reasons) favorite moments from the books.  I might as well warn you that there are some pretty major SPOILER ALERTS here.  I can't imagine many situations in which someone who is reading a minor writing blog about sci fi/fantasy has avoided reading the Harry Potter series, but if you haven't...for the love of God...stop reading because I'm about to blow the whole series for you.

7.  The epilogue.  It was pretty hokey, but I am so glad it was there.  It may mean that we readers are simple folk, but yes, we really do love happy endings.  Especially when we care about the characters that much.  After all the violence and emotion of the last book, it was so satisfying to know that it all turns out okay.

6.  When Harry and Jenny kiss for the first time.  The obvious choice would have been to have them share a sweet private kiss (like they did in the movie version), but no...Rowling has him kiss her in front of a room full of people including her brother and ex-boyfriend.  Put yourself in the shoes of a sixteen year old boy who had only kissed one other girl.  Kissing a girl for the first time, when you're not even sure if she likes you too, it a pretty harrowing concept.  Now do it in front of your whole house.  Now that's stakes.

5.  When Rob and Hermione finally kiss.  It took them forever, but I was happy for them when they finally got together.  It's rare that you get to spend so much time with two characters before the romance starts, making a lot of romance in books require some extra imagination to believe it's really love.  In this case, I had no doubt.

4.  When Dobby dies.  I'm about to cry just thinking about it.  I've read Deathly Hollows several times now, and I always cry when Dobby dies.  The part that gets me is when Harry writes "a free elf," on his grave.  The death of an innocent, when done well, can break your readers hearts.  It's literary gold.

3.  When Voldemort kills Cedric Diggory.  In my mind, this moment is when the series grew up.  He shouts "Kill the spare!" and then he's dead.  Just like that.  It took me off guard and it showed me what Rowling was made of.  She'll kill kids and that means anything can happen.

2.  When Snape shares his memories of Lily.  If I have one complaint about Harry Potter it's that the evil characters are too evil.  I love a bad guy with heart.  With the big reveal about Snape's real motivations in the last book, Snape was propelled to the top of the list of my favorite literary characters.  He casts the doe patronus.  "After all this time?" "Always."  Priceless.  I'm a sucker for love.

1.  When Harry goes into the forest to meet Voldemort for the last time.  J.K Rowling managed something pretty significant here.  She made me really worry that Harry might die.  It's not easy to convince me that the main character in a children's book written in close third person is going to die.  But when he walked into that forest, those stakes were real for me.  Of course, the fact that by that point I deeply cared about Harry Potter made the stakes mean a lot more.

I am sad that there are no more books or movies to look forward to, but Harry Potter will be a classic for a long time and there is plenty more to look forward to.  Don't forget visiting the Universal Studios theme park!  I may be at least equally excited when I see Hogwarts as I was when I saw Cinderella's castle at Disney World when I was four.

Number one Harry Potter moment I look forward to?  Getting a chance to share the series with my own children.

Feel free to add a comment to share any favorite moments I left out!
Posted by Sharon Bayliss at 7:24 AM