Manuscript says to query, "It's not you, it's me." 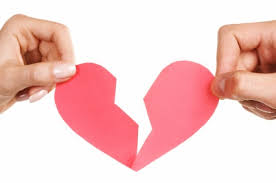 As writers I think we prefer to believe that the query is nothing but a necessarily evil.  Our story is too big and complicated to really be summarized in less than 250 words.  Of course, to some extent, this is true.  It is easy to fail to due your book justice in a query.  But your query may actually say more about your book than you would like to believe.
When I was on Agent Query Connect getting feedback on my query, I would sometimes be annoyed by people critiquing the novel and not the query, such as "your MC isn't likable enough"  or even "you're telling the story from the wrong point of view."  When I heard things like this, I took it to mean that I had written the query in a way that had failed to demonstrate the awesomeness of my manuscript, and did not consider that something was actually wrong with the manuscript itself.  After all, an author getting ready to send out queries doesn't want to be told to re-write their manuscript from another POV.  They were quite bold to make such an assertion after only reading the query.  My beta readers didn't say anything like that, and they had read the book.
In retrospect, I realized that someone who has read only my query may be able to catch on to things that someone who read my book may not.  Sometimes you can't see what's right in front of your face.  My beta readers, and certainly myself, were too distracted by the details of the book to notice such a basic problem.  When you write a query, you lay out just the basics.  MC.  Motivation.  Conflict.  You can use some voice, but you don't have much room for flash or flare.  The simplest version of your plot shines through, for better or worse.
So, be a query whisperer and pay attention to what your query critique says about your novel and not just about your query.  The query is smarter than you think.
The challenge is that you can write a bad query for a good book.  So, how do you know when you need to set aside your query and make changes to your manuscript?  Here are some clues I noticed:
1.  You've worked HARD on your query and it's still not as good as you'd like it to be.  It's almost impossible to work too hard on your query, but it's possible.  I think I did.  You should read as much as you can about how to write a query, get tons of feedback, and re-write your query many, many times.  But if you have done all that and your query is still not working for you, pat yourself on the back for a job well done on your query, and then get back to work on your manuscript.
2.  Feedback about your query is lukewarm and nonspecific.  If feedback about your query is negative and has specific suggestions about parts that are confusing or mistakes you've made a about query structure, you should re-write your query.  If people are out of specific criticism but still aren't blown away, or you're getting good feedback from your critiques, but not agents, you might have written your query as well as possible and the problem lies elsewhere.
3.  Laying out your main character's motivation and conflict is anything less than extremely easy.  Part of me knew from the beginning that I had made a critical error when I had trouble describing my MC's central motivation and conflict.  But, I didn't want to believe it.  The fact is that the basics of your plot should be extremely easy to describe, and NOT because it makes for a better high concept Twitter pitch.  If the central conflict isn't well defined (or in my case, is not centered around the POV character), you have a problem with your manuscript.
4.  Describing your genre is anything less than extremely easy.  Okay, this is a tough one for me.  I have re-written my novel to fit more easily into the definition of "contemporary fantasy", but it's still sort of genre hybrid.  I can't make my square peg fit into a round genre hole and I'm okay with my odd-ball manuscript, but ideally, you want to know exactly what genre you're writing in and be able to pick out a few sister novel comps that yours fits in great with.  You'll get an agent a lot faster that way because the agent will know how to market it.  If you can't name your genre in your query extremely easily, you should at least put serious thought into adapting your novel to fit in better and if you can't, be prepared for a tougher road.
Realizing that you need to re-work your manuscript instead of your query is bad news.  After all, as hard as it is to re-write a query over and over, it takes a lot longer to re-write a manuscript.  However, re-writing a manuscript is a lot more fun than re-writing a query over and over.  With all the work getting ready to submit to agents, I had almost forgotten how great it felt to actually write my novel instead of queries and Twitter pitches all the time.
Before I started my next draft, I wrote the query first.  I wish I had known to write the query first before I even started.  But a first time novelist simply wouldn't know to do that.  (That's why you've got to fail a little before you succeed.)  When I wrote my query with the changes I planned to make, it fell in to place easily.  I  knew right away I had done the right thing because the query was so much easier to write.  See?  A query knows more than you think.  The happy ending is that the changes I have made make my story better.  And who clued me in?  My worst enemy...the query.
Posted by Sharon Bayliss at 10:26 AM