Can You Hit a Perfect Pitch? Blogfest Contest Entry 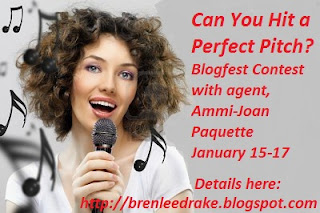 Welcome visitors from Brenda Drake's blog!  If you're not participating in the contest yet, you still can.  Check it out here.

Warren never lets bullies mess with his little brother, no matter now big or bad. So when the King of the Texas Empire kidnaps Warren’s brother, Warren embarks into a still-wild West to save him.


’s mother had taped his old Star Wars comforter over the patio door of their apartment.  He didn’t pause too long to wonder why.  His mother suffered from what his brother called, “severe eccentricity,” and blacking out the windows with old sheets for no obvious reason wasn’t out of character.  With both of her sons out of the house now, there was no one to put out the fire if she tried to make bacon in the toaster again, so always came home when she asked him to.  But if she had called him for anything less than a toaster fire, he would head right back to campus to enjoy the first day of summer the way it was intended to be enjoyed – drunk and poolside.
He wiped his feet like he had been taught even though their revolting brown carpeting didn’t show much.
Posted by Sharon Bayliss at 9:11 PM