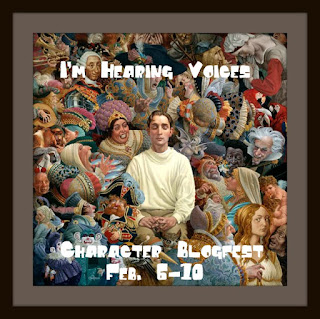 It's day three of the very fun I'm Hearing Voices Blogfest.  Today we are to, "Pick an emotion and in a flash fiction piece of 250 words MAKE us feel it!"

David pulled the box of Crystal’s ashes out from under the bed.  He held them to his chest.  If anyone walked in, he’d be caught cuddling with a dead woman.  He closed his eyes and felt her weight.  She moved up and down as he breathed.  He felt better.
“You believed in ghosts,” he said.  “Would it be too much to ask for you to be one for a minute?”
He waited, like she really might appear there.  He watched the ceiling fan spin in a non-magical way.  The clock ticked and the computer continued its mundane hum.
But it did work…sort of.  He fell asleep and dreamed about her.  She was waiting at the ice rink in the Galleria wearing one of her patented poker faces.  When she saw him, the edges of her lips turned slightly upward and her eyes opened a little wider.
“I’m sorry, Crystal.”
She said nothing, but gave a long, slow blink.
“Our children are really amazing.  I’m glad I get to know them now.”
Another blink.  A longer one.
“Evangeline drew me a picture of your wings.  Can I see them?”
At first he thought she wasn’t going to do anything, but then she pulled her sweater over her head.  Two massive black wings spread out behind her.  He reached out to them.
“May I?”
An infinitesimal nod.
Her feathers weren’t black.  Not really.  Each had the sheen of a different color.  Blue.  Red.  .  Green.  Violet.  At his touch, the feathers fell around his fingers like water.
Posted by Sharon Bayliss at 12:02 AM