Yep, I've got another one! Wilde's Fire Contest participant Jade Hart has signed a publishing contract with Curiosity Quills! I'm so happy to another friend along for the ride with me. Welcome Jade!

Here is a message from Jade:

Thanks to Sharon Bayliss and Krystal Wade's Contest in May: The Wilde Fire Contest, Jade Hart has the exciting news of announcing her New Adult Urban Fantasy Novel SAMSARA which will be published this year by Curiosity Quills.

For the seventeenth time.

Each reincarnation cloaks the previous, and Loka never remembers her past, who she truly is. Not that it would help. Loka believes she's human... she’s mistaken.

Her Samsara: the perpetual journey of suffering and never knowing who she is, has changed. Hidden deep in her rolodex of memories lurks darkness and power, and her new rainbow eyes sees things which should only exist in Hindu fables.

Loka is informed she is a deity with more personalities than a schizophrenic, and has been forced on a path to unlock who she truly is. With strange power tingling in her limbs, and tattoos that burn with bloodfire, the only help Loka receives is from her douche-of-a-celestial-guide who speaks in cryptic circles, and the mysterious and frightful half-beast, half-man, Shankara. He is as terrifying and deadly as an assassin, but despite Shankara’s passion to kill, Loka falls in love. As their bond increases, he reveals a dark secret:

Loka’s power is so great it could kill her and every soul alive if it isn’t harnessed correctly... And once she figures out the truth, she has one raging battle to fight. Brahma, the God of Creation, wants what swims in her veins, and he’ll stop at nothing to get it. 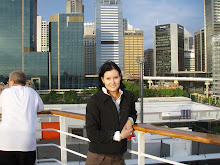