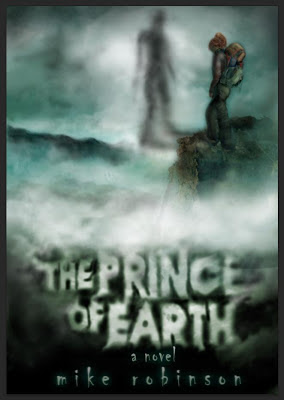 In 1988, young American traveler Quincy Redding is trekking across the misty terrain of the Scottish Highlands. She is destined for the infamous peak Ben MacDui, the summit of which soon finds her inexplicably debilitated and at the mercy of a malevolent entity.

The book spans twenty years, alternately following Quincy in her 1988 ordeal in Scotland as well as Quincy in 2008, when, as an adult, she begins experiencing abnormalities that threaten her family and her life – phenomena that may be related to what happened all those years ago.

As both older and younger Quincy learn more of their situation, and as their worlds further entwine, she becomes increasingly uncertain of the perceived temporality or reality of each period.

The Prince of Earth

In December 1925, respected mountaineer and climber Professor Norman Collie stood before an annual general meeting of the Cairngorm Club in Aberdeen, Scotland. Staring out over the expectant faces, he took a breath, preparing to impart an astonishing account, a personal incident that had happened over thirty years ago, in 1891, though the years had not lessened its ghastly clarity.

“I’d reached the summit of Ben MacDui,” he said, referring to the peak that, at just over 4,000 feet, marks the highest point in the Cairngorms, and the second highest in Scotland. “Coming down through heavy mist, I began to think I heard something else other than the noise of my own footsteps. For every few steps I heard a crunch, crunch, and then another crunch, as if someone was walking after me but taking steps three or four times the length of my own.”


As though caught in a fire, Quincy kept her perspective low as she scanned the diminishing area about her. Then she saw it: in an interstice of earth, thinly fog-dressed, a foot lifted from the cigar- brown grass and disappeared into the higher, thicker realms of murk.

On instinct she started crawling fast towards the apparition, unimpeded by the monstrous proportion of that foot, which seemed the length of her forearm from elbow to middle fingernail. -- from The Prince of Earth

Collie had turned, his alleged pursuer concealed in mist. “The eerie crunch, crunch sounded behind me,” he continued, “and I was seized with terror and took to my heels, staggering blindly among the boulders for four or five miles.” Winding down his address, Professor Collie made a promise to never return alone to MacDui, as “there was something very queer about the top.”

This well-documented account, featured in Karl Shuker’s The Unexplained: An Illustrated Guide to the World’s Natural and Paranormal Mysteries, slots neatly amongst many others of climbers or hikers, local or non, who’ve described a frightening variety of odd activity atop Ben MacDui, from wafting strains of phantom music or laughter, to footsteps reminiscent of those noted by Professor Collie, to the talon-footed, pointy-eared humanoid entity of impossible height spotted in the mist by mountaineer Tom Crowley, in the 1920s. Technically, this latter sighting occurred in the neighboring peak Braeraich, but by proximity is lumped into MacDui’s canon of strangeness.

Most of these stories involve fits of panic. Some are just the panic: several climbers, scrambling amongst the mist-frosted stones, have nearly plunged themselves to their deaths in frantic attempts to elude an unseen, unheard presence they intuit as malign.


Quincy turned again in the direction from which the deer had come but there was nothing. Or the appearance of nothing -- the trees were apt conspirators. She understood the phenomenon of panicking in the woods -- the arresting terror of an unknown source because it twitched in her now, as it had in the deer. -- from The Prince of Earth

It is not surprising, given the testimony, that a certain lore has coalesced around Ben MacDui, that of the aptly-termed Big Grey Man, or, more locally, Am Fear Liath Mor. By now the place and its enigmatic inhabitant have garnered a reputation such that any new encounter, depending upon severity, might be chalked up to suggestion. Indeed, one of the more grounded explanations for the Big Grey Man is the climber’s shadow, reflected and elongated upon the mist. The imagination, after all, does enjoy a blank canvas. Yet that doesn’t explain the phantom music, laughter, footfalls or fits of inexplicable trepidation, much of which have come from experienced climbers.

As to be expected with any mystery, there is a lengthy scroll of other, more spectacular theories, from that of a Scottish Yeti, to a guardian spirit, to a marooned alien, to an interdimensional traveler.

The novel The Prince of Earth, however, offers quite a different explanation.

"It's being written," said the man. "It's a myth-in-progress, wet and alive, not the dried text of a thousand years ago. The story is still coming. The story is growing and will be ready for generations down the line."

"So, I could be a chapter," said Quincy. "In an unfolding myth."

"Precisely." The man extended his hand, which swallowed hers as they shook.

-- from The Prince of Earth

The Prince of Earth draws from a range of Scottish myths, including the boobrie, a massive bird said to haunt lochs and salt wells, as well as the Shellycoat, a bogeyman dwelling in rivers and streams, whose presence is betrayed by the rattling of its shell-covered body.

Oooo, very intriguing! Thank you for stopping by, Mike!

Also check out Mike Robinson's other works, The Green-Eyed Monster & Skunk Ape Semester. And you can find him at Cryptopia Blog.
Posted by Sharon Bayliss at 11:39 PM