I'm very excited to be one of the first to reveal the cover for Katie Hamstead's upcoming release Kiya: Hope of the Pharaoh. 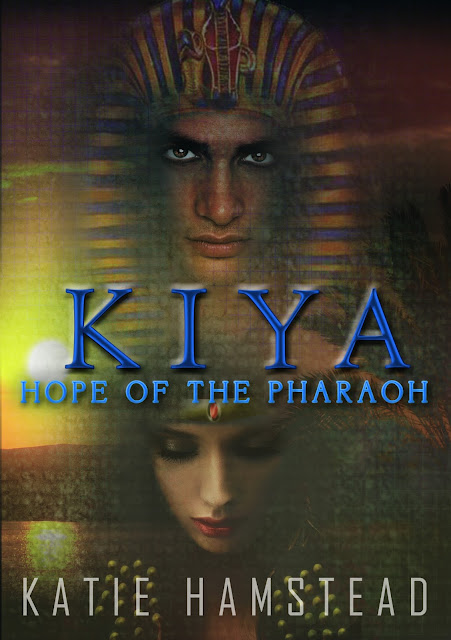 To save her younger sisters from being taken to the cruel life of the palace, Naomi intervenes and gives herself to be a wife of the erratic Pharaoh Akhenaten.

In the palace, Naomi finds herself thrust into the intrigues of the royal family, and has her name changed to Kiya. She becomes beloved by the Pharaoh, who declares that she will bear him his heir. But the Great Queen Nefertiti, furious with jealousy, schemes to destroy Naomi and even brings her fidelity into question, which could cost Naomi her very life.

Naomi must play the deadly game carefully. She is in a silent battle of wills, and a struggle for who will one day inherit the crown. And if she does bear an heir, she will have to fight to protect him as well as herself from Nefertiti who is out for blood.

I'm excited about this one! It's coming out April 30th, join the release on Facebook here.
Posted by Sharon Bayliss at 2:00 AM