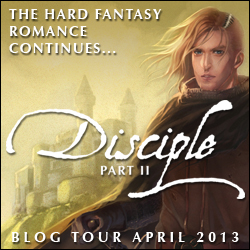 Today I am excited to share a fascinating post from L. Blankenship about using Myers-Briggs personality types to help you develop characters. As a social worker and an author, I think this is awesome.

I happen to be an INTJ ("The Scientist"), which makes for a good writer according to Louise.

My main character in The Charge, Warren, is an ENFP ("The Inspirer"). I admit that reading his personality profile did help me understand him even better, and gave me ideas for how his personality should develop as the series continues.

What personality type are you? What about your MC?

Take it away, Louise!

The Myers-Briggs Type Indicator was developed from Carl Jung's writings about personality types. A detailed introduction and explanation of the types is a bit beyond the scope of this post, but here's the bare minimum:

1. There are four basic functions: thinking, feeling, sensing and intuition. Abbreviated as: T, F, S, N. Everybody does all four of these things. The differences lie in which you are naturally good at, and whether they are introverted or extroverted.
2. Therefore, four functions become eight, using "i" for introversion and "e" for extroversion: Ti, Te, Fi, Fe, Si, Se, Ni, Ne.
3. If everyone has four functions in a particular order of preference from one to four, there are therefore 16personality types.

Take a test and find out your own type: http://www.worldpersonality.com/ (Interesting side note: the top five types reported among writers are: INFJ, INTJ, ISFJ, INFP, and ISTJ.)

If you read through overviews of thepersonality types, they are sure to sound familiar to you. MBTI is not a perfect sorting system, but it is one of the better ones, IMO.

How can we use this to develop characters?
Once you have a handful of ideas about a character -- he's outgoing, cheerful, and kinda wild; she's bookish, shy, and afraid of new things -- MBTI can help you flesh out further aspects of their behavior.

Not specifics, necessarily -- everyone is unique, and how you express your MBTI type will be shaped by your upbringing and your culture -- but general patterns. This can lead you into some interesting intersections of character and world-building: if one's personality is drawn to maintaining the status quo, what lines of work are best for that in this world? The priesthood? Becoming a magistrate? (and, conversely, if a character enjoys being a magistrate, is it because he's one of these personality types?)

It's especially useful to look at how various personality types respond to stress, and how what qualifies as "stressful" varies from type to type. For the status-quo-seeking type mentioned above, having to deal with chaos and instability is stressful. They can do it, and they can get better at it with practice, but it will leave them tired and frazzled. If they feel overwhelmed, they're likely to start losing track of things, see potential disaster everywhere, or become reckless.

That's very different from what stress does to me, personally. But I'm not an ISTJ or an ISFJ -- two types noted for being reliable, conservative, maintainers of the status quo.

Fine tuning
If you've already developed a character extensively, it can be fun to take the personality test on their behalf and see what they come up as. I've found it useful to refer to various profiles, and ask questions in personality forums, to maintain my perspective on a well-developed character's reactions to complicated situations. It's easy to slide into how YOU would react to a given problem, but your character is not exactly you.

There are lots of books and resources out there about Myers-Briggs personality types. Below are a few more places to find information.

Personality Cafe (personalitycafe.com), a discussion board built on MBTI (and other personality-sorting systems) where you can read articles and chat with people based on personality type.

Was That Really Me?: How Everyday Stress Brings Out Our Hidden Personality, by Naomi L. Quenk (Amazon: http://www.amazon.com/Was-That-Really-Me-Personality/dp/0891061703)

Thank you for the insightful post! Make sure to check out L. Blankenship's new release, Disciple, Part II. 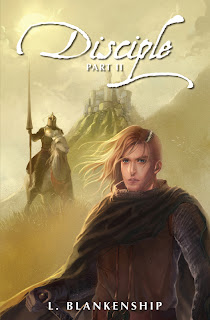 The prince first kissed Kate Carpenter for fear of missing the chance if they didn’t survive the journey home through the monster-prowled mountains.

Now that kiss seems like a fever dream. It’s back to work for her, back to the fellow physicians jealous of her talents and the sneers of an infirmary director who wants her shipped off to some tiny village. Kate means to be on the front lines to save lives. She’s worked too hard to overcome her past to let them deny her the chance to serve her homeland when the enemy’s army reaches their kingdom.

The grand jousting tournament is a chance to prove she can manage combat wounded, and at the royal Solstice banquet Kate means to prove she isn’t an ignorant peasant girl anymore.

But the prince’s kiss still haunts her. Their paths keep crossing, and the easy familiarity they earned on the journey home is a welcome escape from their duties. It’s a small slip from chatting to kisses.

This is no time to be distracted by romance -- a vast and powerful empire is coming to slaughter anyone standing between them and the kingdom’s magical fount.

Kate ought to break both their hearts, for duty’s sake.

Disciple, Part III coming in late 2013
Disciple is complete in six parts and will make a lovely doorstop
when all 400k words have been published.