I'm excited to share the lovely cover for EVADE, the sequel to EVER by Jessa Russo! Check this out.... 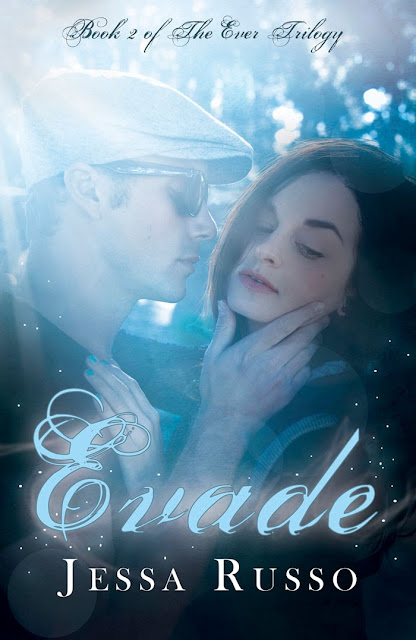 Gorgeous! Come back on 10/21 when I'll be posting a review of Evade.

In this thrilling sequel to EVER, Ever Van Ruysdael's race to beat the odds—and the clock—begins with the introduction of an integral part of her past. As secrets are revealed, and truths uncovered, Ever learns her imminent death is the least of her problems: Ariadne did more than just put an expiration date on her life; she marked Ever's soul by upping its value for greedy collectors looking to buy their freedom.

With her ex-boyfriend by her side, and the countdown clock rapidly ticking away, Ever tries thwarting fate’s plans. But as her nineteenth birthday approaches, and desperate Seekers follow her every move, Ever may be too late.

A marked soul is hard to come by … and even harder to escape.

GRAB A COPY OF EVER: Book One of The EVER Trilogy!
Amazon | Kobo | Barnes & Noble | Goodreads