Heirs of War: Crown of Flames Cover and Trailer Reveal!

I'm a little slow on this one. I'm sure you've already seen this awesomeness all over the internet today. But, I still wanted to share it because it's so great!


Book two of the Heirs of War series is right around the corner! Heirs of War, Crown of Flames is set to be released this summer, and we have the first look at the cover for the book today! If you haven't already read Heirs of War, it is on sale this week for $0.99 cents from Amazon, Barnes & Noble, Smashwords, and other retailers. Here's what you have to look forward to in book two: 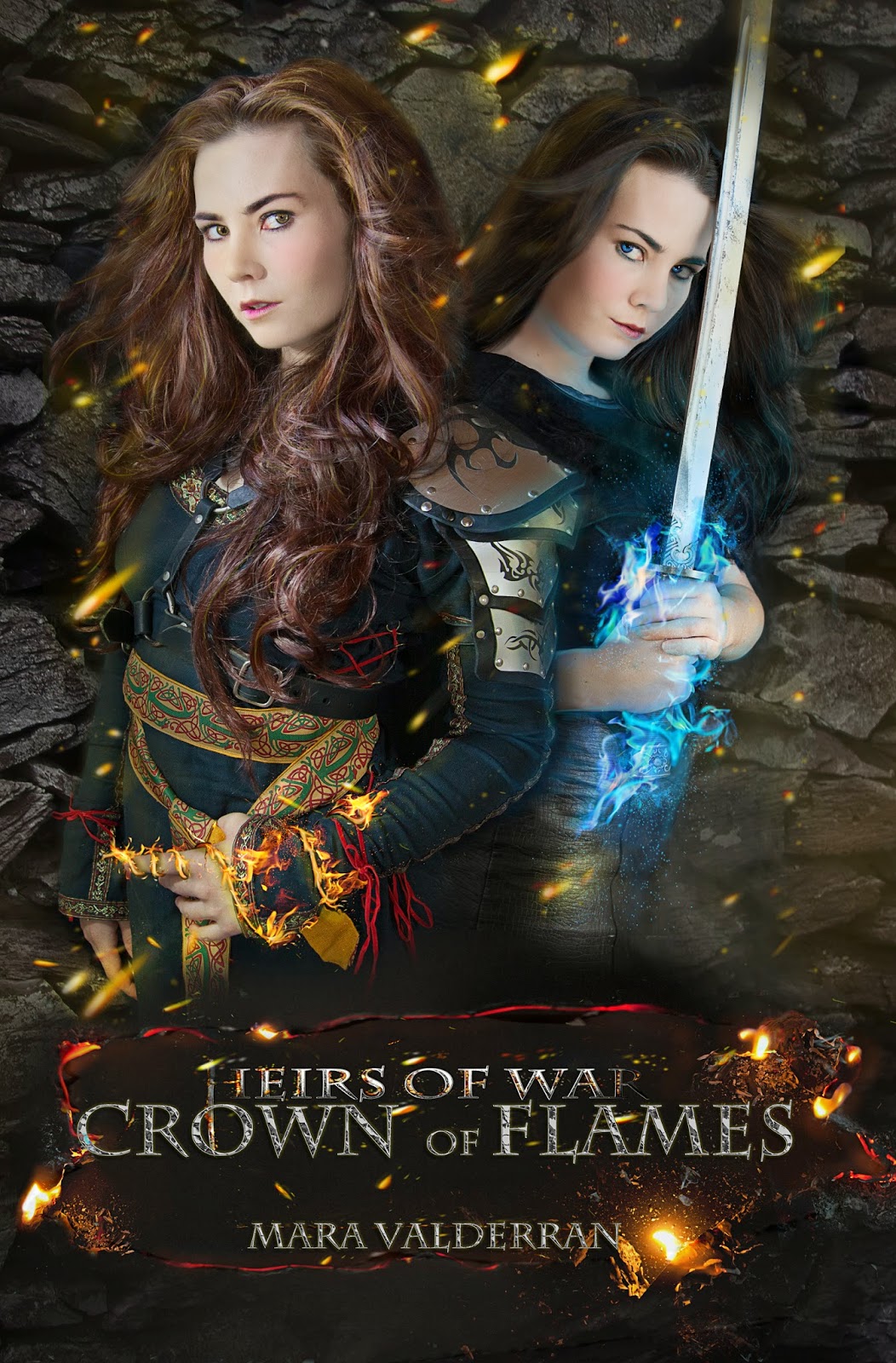 Weeks have passed since Ariana and Alec escaped from Kellen's dungeon, but danger isn't far behind them. As they travel through unknown lands and encounter multiple threats, their biggest challenge might be trusting one another.
Despite the danger and the war closing in around them, all of Anscombe seems to be more interested in the upcoming Imbolc festival than rescuing Ariana. Well, not everyone.
Tired of waiting for the Duillaine to help her twin, Zelene starts plotting on her own and finds a surprising ally in Rhaya, even as the Cynewards prepare to make a move of their own. But Zelene’s plans go awry when she finds herself with a new ability, a mysterious new friend, and more enemies within the walls of Anscombe than she thought.

Add it on Goodreads
Read the preview chapters on Wattpad

Mara Valderran is not just an author of young adult and new adult novels. She has dabbled in screenwriting, retired from acting, and drawn some pretty mean stick figures in her time. She is an avid reader and loves all things fantasy. She contributes to the fantasy blog There and Draft Again: A Fellowship of Fantasy Writers.
Her debut novel, HEIRS OF WAR, has been met with great reviews and was featured on Wattpad in 2013, raking in over 600k reads. The series continues with the second book, HEIRS OF WAR, CROWN OF FLAMES to be released in Summer 2014. Her short story "The Austenation" will be included in the Borderlands Anthology and she is looking forward to publishing her young adult dystopian ALTAR OF REALITY with Curiosity Quills Winter 2014.
Mara is more than just a madwoman with a writing box. She loves roller skating and movies, though typically not together. She lives in Las Vegas with her husband and demanding cat. She hopes to one day meet Daniel Jackson from SG1, or at least the actor who played him. When she’s not writing, you can find her reading, playing video games, or spending time at her favorite local coffee shop.

For more on Mara or her latest projects, check out her website.

Don't forget to enter the Fan Favorites and Shipping Wars contests running on her website! By choosing your favorite character or you favorite relationship in the Heirs of War series, you can win a chance to star in a brand new scene with those characters or help bring them to life in a new scene. Just fill out the forms and you will be entered to win!
Posted by Sharon Bayliss at 12:11 AM