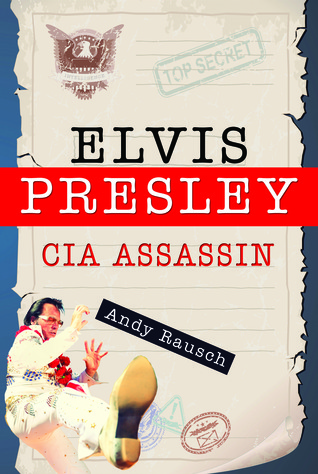 99 CENTS FOR A LIMITED TIME

"I can guarantee you. Read this book and you'll never look at Elvis the same way again!" -- Douglas Brode, author of Elvis Cinema and Popular Culture.

Presented in an oral history fashion, the book tells us about Presley's secret transformation by the people who knew him best.

Did he fake his death in 1977? Was Presley involved with the Watergate scandal? The Iran hostage crisis? Communicating with aliens?

Read this book to find out the answers to these and many more questions.

Told in mockumentary style (what's the book word for that?), Elvis Presley CIA Assassin tells the story of an Elvis who dreams of being a CIA assassin, and is willing to do anything to achieve this dream. The story is written as a fake non-fiction story from the perspectives of the people closest to Elvis, and includes fake transcripts and letters. All in all, it's very unique.

The story is hilarious, clever, and the author has a great voice. It's just so creative. Not like anything I've read before. I will say, the Elvis the author creates is a despicable psychopath, and I did find his behavior tiring at times. It's tough to have a book centered around such an unlikable protagonist.

If you're a fan of edgy humor, and authors such as Ryan Hill and William Vitka, I think you'll enjoy this too.