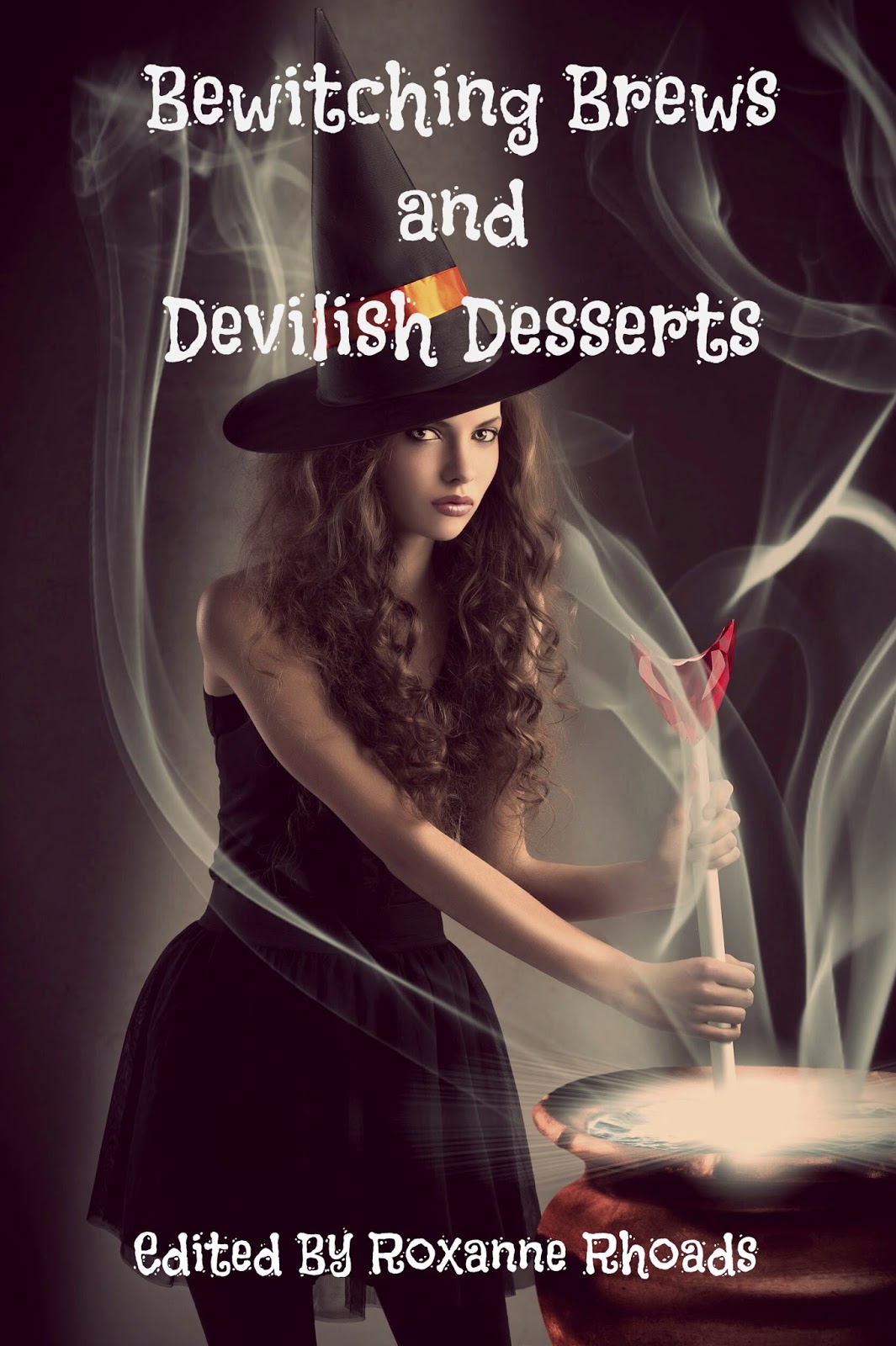 I've got a special Halloween surprise to share! The Spring Witch Sangria from Destruction is featured in this witchy cocktail and dessert recipe book!

Stir up a little magic from our cauldron full of cocktails and desserts. The authors of Bewitching Book Tours conjured a collection of delicious potions inspired by their books and characters. Grab your wand (or spoon) and cast one of these spellbinding recipes today.

FIND IT ON AMAZON 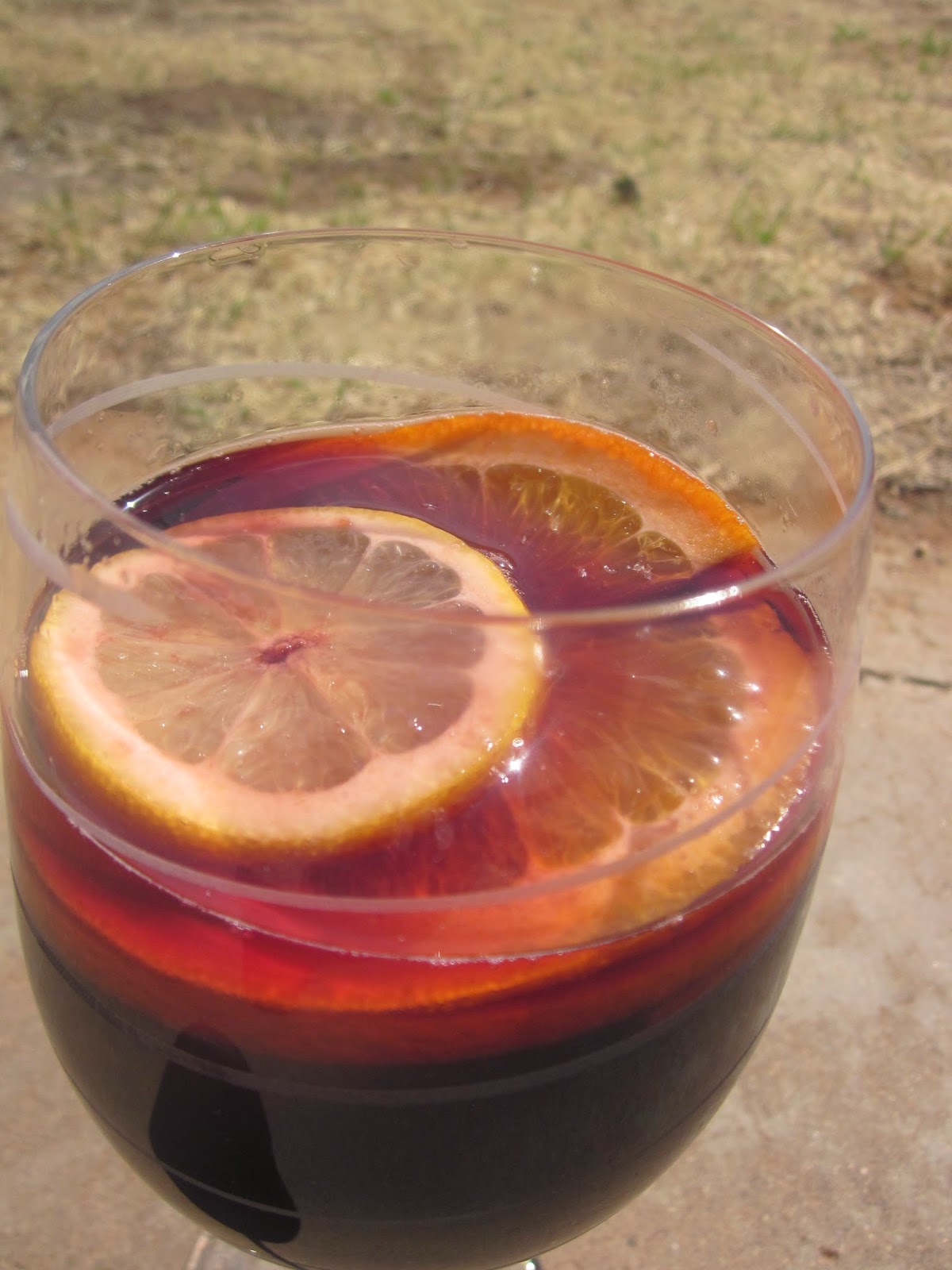 I'm giving away a copy of this cookbook that has been signed and annotated by yours truly! If you'd like to win this copy, please support my Thunderclap below. I'll randomly pick one supporter in one week. If you've already supported the campaign, you're already entered.
And to refresh your memory, here is the excerpt from Destruction that inspired this cocktail...

David had last seen Samantha's parents, Penelope and Aaron Carthage, in August. He had never met any two people who could make him feel so uncomfortable so fast. He didn't go over to their house unless he absolutely had to.


He had dropped Emmy off for a sleepover and when the girls ran upstairs, Penelope ushered David inside. She had the body and tan of a beach volleyball player. Large, but very real, breasts. And, a toothpaste model's smile. None of this really tempted David. He couldn't call himself a one-woman man, but he certainly could call himself a two-woman man. He didn't sleep with anything with breasts for the hell of it. But, any woman that beautiful and that friendly had some inherent risks.


She welcomed him to her home as she would welcome Santa Claus bringing presents. Four thick candles burned on the coffee table. From what he could tell, each candle had a different scent and it the combination made his head spin. She picked up the first one.


"What do you think?" She put the candle right under his nose, practically singeing his nose hairs.


"Does it remind you of anything?"


"No, vanilla is wrong," she said dismissively. "Breathe deeply. Relax. What does it remind you of?"


An image of the green moss that grew behind his childhood house popped into his head. But, he didn't say it out loud because it sounded crazy.


She put the candle down and held up the next one.


This one made his heart race and his stomach ball up into a fist inside him. He pushed it away.


"I don't know," he said with a nervous chuckle.


"You reacted to that one. What did it smell like?"


She nodded as if he had said something normal such as 'cinnamon' or 'pine trees.'


"Very interesting," she said. "Anything else? Any images?"


"Come on, David. Stay," said Aaron Carthage, who had appeared through the patio door. He had dirt all over his jeans and twigs in his hair. His had a deep tan on his bare chest, and a few red patches from sunburn. His brownish red hair had become streaked with blond from too much sun.


"The heat doesn't bother me. Good for the soul."


Then Aaron proceeded to kiss Penelope as if he hadn't seen her in a year. He tugged at the little knot on the back of her halter-top as if he planned to take it off right then and there. David backed toward the door.


Penelope giggled and pushed Aaron away. "Stop it. You're making David uncomfortable."


"You have got to try Penelope's Sangria," he said. "It's amazing. She uses Texas peaches and Texas wine. It's worth a taste, I promise you."


"I made it without strawberries just for you," she said with a pout.


Well, if she still wanted him to have a drink with her husband there, at least that must mean she didn't intend anything inappropriate. Unless they were both coming on to him, an idea too distressing to consider.


They looked way too pleased.


"Have a seat," she said and pointed to their couch, a morbidly obese version of a regular couch. David sank into it so deeply, he knew he couldn't get up quickly he wanted to. Penelope went into the kitchen and Aaron sat in the armchair across from him. Personal space. That's better.


"Interesting is a good way to put it," David said.


"Smell the green candle," he suggested.


"What does it remind you of?"


"Shush," Penelope said. "I already asked him. He doesn't know." She put down a tray with three glasses of candy apple red wine with bits of fruit floating in it. She handed one to David and one to her husband. To her credit, the Sangria was amazing. It took only a couple sips for the drink to spread warmth into all of his extremities. He felt as if he had had a two-hour massage.


"What is in this?" he asked, putting the glass down.


"Just wine, brandy, juice, and ginger ale," Penelope said. "Do you like it?"


"Tell me about your childhood," Penelope said.


"Normal," she repeated, as if she'd never heard the word.


She sank back into the couch, looking defeated.


Aaron showed David a blue and green marble in palm of his hand. "Do you know what this is?" Aaron asked.


Aaron dropped it into David's hand.


Aaron glanced at Penelope and shook his head. They looked at him as if he acted crazy.