Cover Reveal for A Single Thread by @CaitSpivey

On 9/12, I posted a review of the novella I See The Web by Cait Spivey and wished there would be more. Well, there will be! Check out the cover for the 2nd book in the series, A Single Thread. 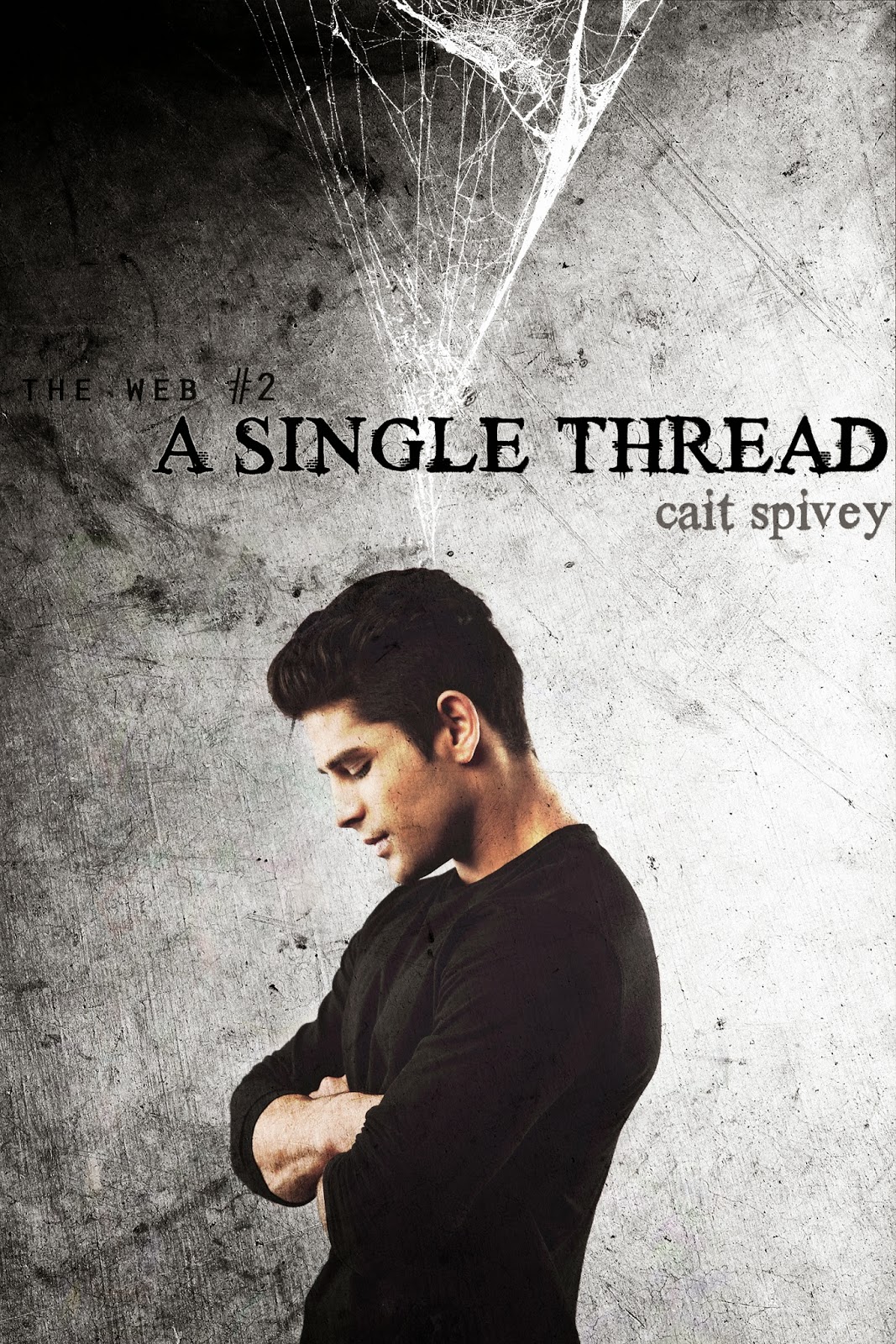 It’s been two weeks since Morgan Fletcher’s little sister, Erin, disappeared before his eyes in a flurry of spidersilk and blood. Probability says she’s dead; but when Erin comes to him in a dream, Morgan’s eyes are opened to a level of reality where probability doesn’t mean jack. His sister sees the web of time, and she’s got news for him: trouble is coming.

A cryptic riddle and flashing images of the future are all Morgan has to go on in order to save a mystery boy from a gruesome death. That’s if he even believes what’s happened to Erin. Is her spider-whisperer persona for real, or has his grief at losing her caused him to totally crack?

With a life at stake, Morgan isn’t taking any chances. Madness or no madness, he has to solve Erin’s riddle before it’s too late.

All right Morgan, I guess I'll see you on Halloween! I assume you'll be bringing the spiders? If you haven't read book one in this novella series, check it out now: