How pretty! Check out this new steampunk cover from Christine Norris... 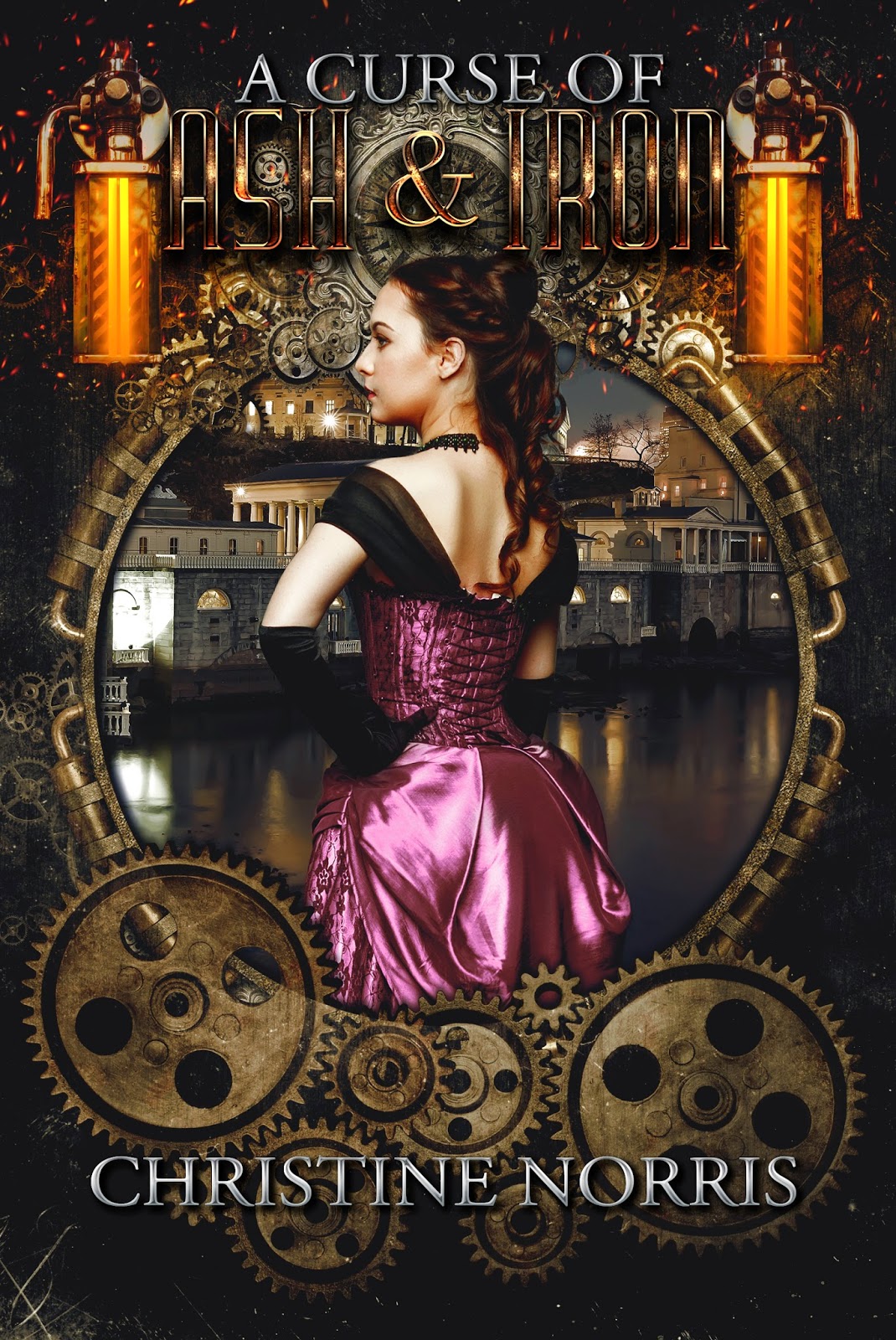 There is also a giveaway going on at YA Books Central. Go check it out!


Benjamin Grimm knows the theater is much like real life. In 1876 Philadelphia, people play their parts, hiding behind the illusion of their lives, and never revealing their secrets.

When he reunites with his childhood friend Eleanor Banneker, he is delighted. His delight turns to dismay when he discovers she has been under a spell for the past 7 years, being forced to live as a servant in her own home, and he realizes how sinister some secrets can be. She asks for his help, and he can’t refuse. Even if he doesn't believe in ‘real’ magic, he can’t abandon her.

Ellie has spent the long years since her mother’s death under the watchful eye and unforgiving eye of her stepmother. Bewitched and hidden in plain sight, it seems no one can help Ellie escape. Not even her own father, who is under a spell of his own. When she sees Ben one evening, it seems he is immune to the magic that binds her, and her hope is rekindled along with her friendship.

But time is running short. If they do not find a way to break the spell before midnight on New Year’s Eve, then both Ellie and her father will be bound forever.