#Review of Diverging Cadence by @KatieTeller1 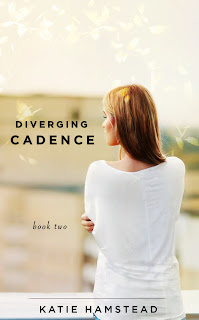 ---
REVIEW: Wow! This is one of those stories I wish I had thought of. :D The plot is genius. It's heartbreaking and inspiring, and weird and familiar at the same time. As a wife and mother, I identified with Cadence and believed her struggle.

My husband is my soulmate now, but were we born soulmates? If life turned out just slightly differently for me, I imagine that I could have fallen in love with someone else. Or, perhaps not. Maybe we would have taken a different road to find each other, but have found each other in the end anyway.

That's the question that I was excited to have answered in book 2. Do we have soulmates? Is life supposed to turn out a certain way? Would Cadence take a different path and still end in the same place? Or would she have a different happy ending this time?

I also loved the extra heartbreaking complication of Melody. Love triangles are common in literature, but you don't often have such an important piece of the puzzle...a yet-to-be-born child that you've already met and fallen in love with.

I started the story worried that neither option would be a perfect happy ending for Cadence, and I was right that the conclusion wouldn't come easily. However, I was very satisfied with the ending. I know that's a tough challenge--getting characters in a really impossible situation, but still finding the light at the end of the tunnel. Really well done all around. 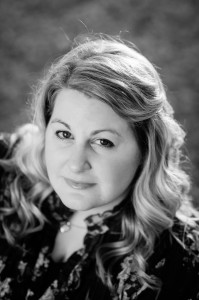