A Taste of Death and Honey - New Character Spotlight

The spring book in The December People series released on 6/9/16, and with it came some new characters. If you haven't read it yet, this will give you a little preview of who you'll meet in book three. If you have read it, this will tell you a little bit more about your new friends.

In a lot of ways, spring wizards are the "Hufflepuffs," of the December People world. They are generally kind and harmless flower children. But other types of wizards would be well advised not to underestimate the spring, as they are far more powerful and dangerous than they might appear. I've loved getting to know the new spring wizards in book three. They are brave, kind, and and difficult to corrupt (and I really tried). 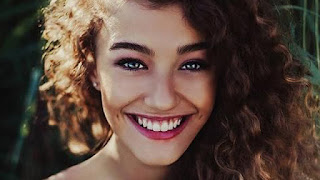 Seventeen year-old Imogene Grey spent most of her life hopping from foster home to foster home. When she was very young, both of her parents and her two brothers were murdered in front of her. The gruesome murder remains a mystery to the Mundane police. The killers were never caught, and the police never understood the motive for the killing or why Imogene alone was left unharmed, especially since the killers didn't spare Imogene's newborn brother. This mystery may be solved in book 4...

The extreme trauma caused selective mutism in young Imogene and she didn't speak for many years. However, at seventeen she has begun to open up to the world. Despite her dark life, she smiled and laughed with abandon, as described here:

"Even when she grew up, she never lost the smile she had as a little girl―a smile of complete abandon. She had never once tried to hide a smile or stifle a laugh." - Zander 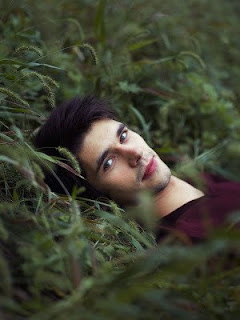 Twenty year-old Zander Colter suffers from an unfortunate father--Whitman Colter, a very evil man from book one. You wouldn't usually call a child lucky to end up in foster care, but Zander might have been. He had the pleasure of never meeting his biological father. Zander doesn't like to talk about his mother either. His friends assume that his mother is dead, but that's not the case. Zander was placed in foster care when his mother went to jail. She promised she would come for him when she was released, but she never did.

Through all this, he managed to grow into a good man. Perhaps, one of the nicest people in the entire series. On occasion, he might make impulsive, and questionable choices, but it's always a product of following his heart. And yes, he really is that handsome.


"Despite the fact he advanced on her, he didn’t seem frightening. He might look frightening if she didn’t know better, but he had an overpowering goodness radiating from him." - Samantha

Fourteen year-old Leona has been strangely absent from her family for the last two years. The youngest member of the prominent summer wizard family, The Prescotts, Leona appears to have had an idyllic family life. However, Leona didn't quite fit in with the rest of her family. She is a siren, and at twelve years-old she accidentally caused the death of a friend. After that, she was sent away to live at a secluded "school" for troubled young wizards (which we get to visit in book 4). 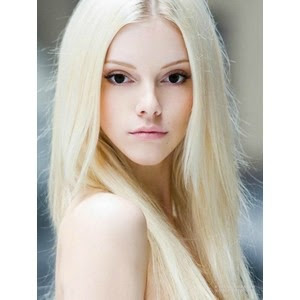 As a siren, she can alter the moods and perceptions of the people around her, even if she doesn't intend to. Traditionally sirens attract, and Leona can do this well. But she can also repel, sometimes violently. Although she has some strong contenders, she might actually be the most dangerous wizard in the entire series. However, Leona would give anything to just be normal.


"He felt a sting on the back of his neck and grabbed the spot. The back of his skull and his shoulders filled with poison, contracting and throbbing. Clutching his neck he turned to see a ghostly girl standing on the red-brick path. She made his hair stand on end. Something felt so wrong about her." - David


Discover more about these characters in A Taste of Death and Honey! 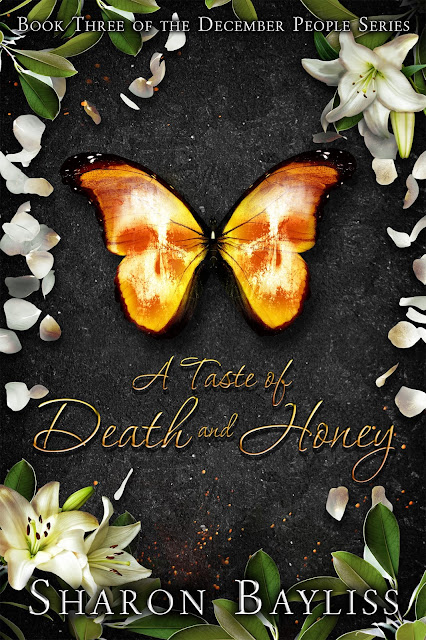 This book will grab you by the throat, challenge your mind, and turn your heart inside out. Sharon Bayliss delivers a powerful, emotional punch with her third book in the December People series. - Amy Bearce, author of  The World of Aluvia Series

When Samantha’s parents died, she lost everything. Her home. Her friends. Her hope. Then a life-loving spring witch at the children’s shelter fills her life with light and joy once again.

But like the springtime, Samantha’s happiness doesn’t last forever. Her friend dies violently in front of her, the victim of a mysterious killing spell. Furious and grief-stricken, Samantha resents her own weak spring magic. She doesn’t need life and renewal. She wants revenge…and death.

Homeless and alone, Samantha seeks shelter with her old friends, the Vandergraff family, and finds an unexpected ally in the powerful winter solstice witch, Evangeline. The girls’ anger and eagerness lead them to cast a killing spell before knowing the truth behind Samantha’s friend’s death or the identity of her killer.

Once the spell is cast, they can’t take it back, and they must fight to stop their own curse before it takes away everyone they love.
Posted by Sharon Bayliss at 9:32 PM