**THIS CONTAINS BOOK ONE AND BOOK TWO SPOILERS**

I wrote up a quick and dirty synopsis of the entire series for my new editor for book 3 and I thought it might be useful for anyone who needs a refresher course! This synopsis is for people who have read book 1 and 2 and are about to read book 3. Of course, if you've only read book 1 and want a refresher for book 2, you can just stop after the book 1 section.

OVERALL
The December People series is a four book adult contemporary fantasy series about a family of winter wizards living in Houston, Texas. In this magical reality, wizards are classified by the seasons. You can be a spring, winter, summer, or fall wizard, and each type has certain characteristics. You can learn more about them here:

An overview of magical types and rules:
http://claredugmorewrites.blogspot.co.uk/2014/04/destruction-blog-tour-magic-of-december.html

Each wizard has a date on the solar calendar, which describes his or her magic. So, if you are a March 4th, then you are a spring witch tending toward winter, since you are on the winter side of the spring solstice. So you may have characteristics of both spring and winter.

Each book in the series focuses on a different season:


BOOK ONE – DESTRUCTION
David Vandergraff is a forty something husband and father to three teenage children. But when he was first married, he had an affair with a woman and had two children with her. Twelve years before the start of the book his secret children and their mother mysteriously disappeared.

The story begins with David getting a call saying that his children had been found. He discovers that their lives had been horrific. His children’s mother re-married and they lived off the grid. His kids were sexually abused by their stepfather for many years. Then he killed the mother and the kids got away. The stepfather was shot down by police when he tried to make a run for it.

David adopts his kids and his wife and other children are furious, but Amanda (David’s wife) recognizes that the two new children need a home, so they try to make it work together. Family and marriage drama ensues.

David’s two other kids claim to be dark wizards. Not believing magic is real, David agrees with the social worker that it’s just a magical narrative they use to make sense of their abuse. However, things start happening that start to make David wonder.

Finally, after a dramatic scene with yelling and magic, Amanda pulls David aside and admits the truth. David, Amanda, and all their kids are wizards. However, they are winter wizards, so their magic is inherently destructive and evil. Amanda admitted that she used magic to wipe David’s memory so he would forget his own traumatic childhood. She didn’t expect to make him forget he was a wizard, but when it happened, she just went with it. They had chosen not to practice anyway and not to tell their kids the truth because dark magic always ends up destroying you.

However, more bizarre events lead the children to also realize the truth, and the two new children, and Emmy’s (David’s daughter) friend Samantha (who are all wizards) are happy to spill the beans to the kids who don’t know about magic. Amanda urges them all to not use their magic, but they do it anyway.

Then David learns that his oldest son, Jude, raped his Emmy’s friend Samantha when she was staying over. Around the same time, he learns that his other kid’s stepfather is actually still alive. Emmy blames magic for the rape, and specifically the stepfather, for bringing all this evil into her life. She overhears the news about the stepfather being alive and decides to run away from home to go kill him.

David follows after her and they have a confrontation with the stepfather in the desert of West Texas. Stepfather dies. Emmy is safe. They all try to make it work as a family.

BOOK TWO – WATCH ME BURN
David is struggling trying to help his traumatized kids and broken family. Then he starts seeing the image of a missing girl everywhere. He sees her so frequently and becomes so obsessed with solving her mystery that it seems like magic may be in play.

The missing girl is Julie Prescott, a teenage summer witch from a seemingly perfect summer wizard family. David feels compelled to find out what happened to her and starts investigating.

Then Emmy finds Julie’s bracelet in the family car and worries that one of her family members was involved in her disappearance. She doesn’t tell anyone about what she finds and starts her own investigation. While searching the forest where Julie disappeared, she meets Julie’s brother Nathan and they begin a secret romance. Nathan had been with Julie when she disappeared.

Emmy finally decides to confide in her half sister, Evangeline, and they go to search the forest together. Then Evangeline also disappears in the forest. The whole family is devastated. They all try to find her, but something seems dark and magical about the forest.

While all this is going on, Amanda is getting sick. She’s been secretly trying to siphon dark magic out of her estranged son Jude and it gave her cancer.

Nathan admits that he thinks he knows why Julie and Evangeline were taken. They are solstice witches, meaning their magical date falls on the summer and winter solstice respectively. They have incredible power and some people might want to try to take their power using dark magic. He says that if this person gets the magic from all four events, summer solstice (Julie), winter solstice (Evangeline), fall equinox, and spring equinox, they will have power too great for any one wizard and must be stopped. He tells Patrick (David’s middle son) to stay away because he believes that he is a fall equinox wizard.

Instead of staying away, Patrick realizes that if they are looking for him, he might be the only one who can enter the forest and save the girls. He goes into the forest and finds a house that had been invisible to everyone else. A beautiful girl comes out to greet him. It’s the oldest Prescott child, Caroline. Turns out she is evil and kidnapped her own sister to steal her magic. She wants to collect magic from each of the four events. She tortures Patrick. She is also dating the Vandergraff’s estranged son, Jude, who was also in on the kidnapping.

Meanwhile, the forest where they went missing catches fire and the Vandergraff and Prescott parents face off as they try to enter the forest to save their children. John Prescott (the Prescott father) kills David’s brother, James.

Patrick, Evangeline, and Julie eventually realize how powerful they are if they work together. They are able to subdue Caroline and escape. They worry that Caroline and Jude will continue looking for the missing piece, a spring equinox wizard. 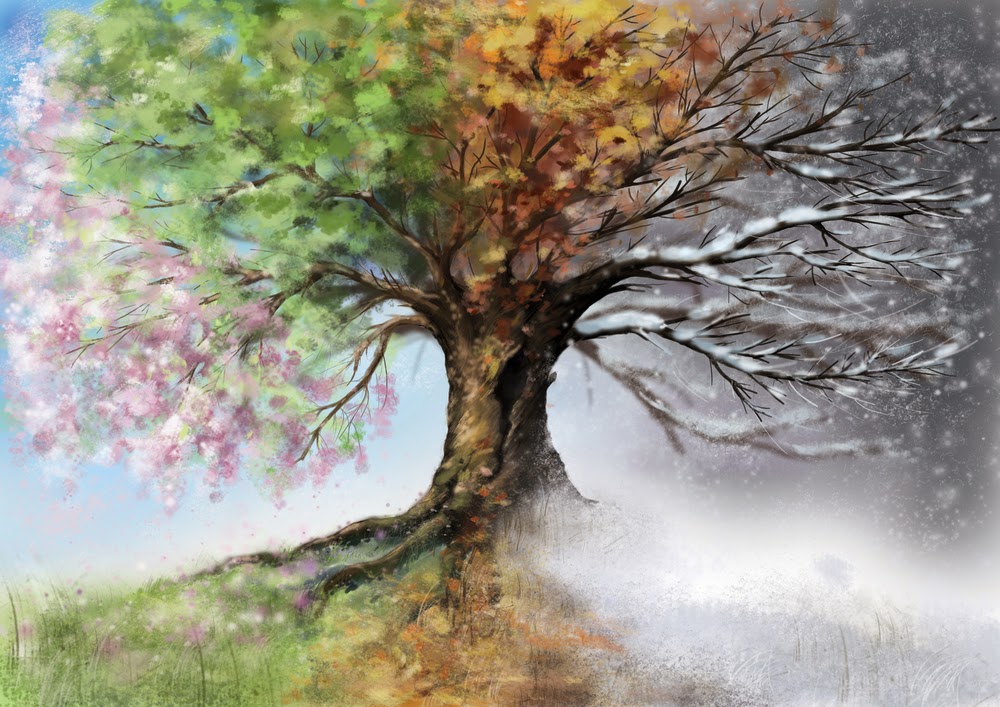